A cutting edge fusion of Raspberry Pi Pico W, addressable LEDs and Pirate Glass(TM) technology - this kit contains everything you'll need to build a fully programmable RGB LED light (or as we like to call it around here, arrrrrrrrRGB). Because the 50 LEDs are addressable, you can control the colour and brightness of each one individually!

Here are some things you could do with it:

🌈 Set it to show different colours and effects appropriate for your season, event, mood or whim.

🍃 Add an air quality sensor like SCD41 for a visual notification of when CO2 levels are too high.

🌍 Connect to your favourite APIs and get it to show you different effects for different weather conditions, switch the light on at sunset or let you know when the International Space Station is overhead.

🐦 Use a service like IFTTT to trigger effects based on Twitter shenanigans, calendar entries or home automation events.

Plasma Stick is our LED controller. We've taken a Raspberry Pi Pico W and added the appropriate hardware so you can plug in a colourful string of WS2812/Neopixel lights without soldering, fuss, or having to worry about connectors. We've also added a reset button and a Qw/ST (Qwiic/STEMMA QT) connector for hooking up sensors and other breakouts. Everything is powered through the Pico W's USB micro-B connector, so it's easy to power from any handy USB socket (or a USB battery pack if you want to untether it from mains power).

We've preloaded Plasma Stick with MicroPython and a selection of examples to make it simple to get started. Check out our Learn guide to find out how to put everything together!

Twinkle twinkle smol diodes, let's take a look at where you're stowed. This kit contains everything you need to make a stellar decorative light, perfect for adding some sparkly illumination (and a hint of hygge) to your festive window, sleigh or limitless black void.

More doom light than mood light! 💀 More fright light than night light! 🦇 Our Skully Edition kit is perfect for adding some ominous (or rainbow) ambiance to your tricked out crypt, tech lair or ghost pirate ship.

Bring Your Own Bottle

Got your own treasured grog bottle, sea glass or whale oil lamp that you want to convert into a mood light? Good news - we've also got a BYOB kit which includes everything but the bottle. If you don't have a suitable sea-through vessel handy, you could drape the LED wire along a shelf or decorate a very lucky plant.

You can program Pico/RP2040 boards in a bunch of different ways, but if you're a beginner we'd recommend using our batteries included MicroPython build for ease of getting started. We've pre-loaded the Plasma Stick with pirate-brand MicroPython and some fun examples to show you different things you can do, from an ominous night light that gets brighter the closer it gets to midnight to a good old fashioned flame effect to huddle round on cold nights.

Alternatively, you could install CircuitPython on your Pico W! CircuitPython is an easy to use, well-established ecosystem with lots of example code and drivers for interfacing with different kinds of hardware - and it's just got Pico W wireless support, woop!

If you're adapting examples from elsewhere and need to know the pins that Plasma Stick uses, it's GP15 for LED data, GP4 for I2C SDA and GP5 for I2C SCL.

The Qw/ST connector on Plasma Stick makes it super easy to connect up Qwiic or STEMMA QT breakouts. If your breakout has a QW/ST connector on board, you can plug it straight in with a JST-SH to JST-SH cable. 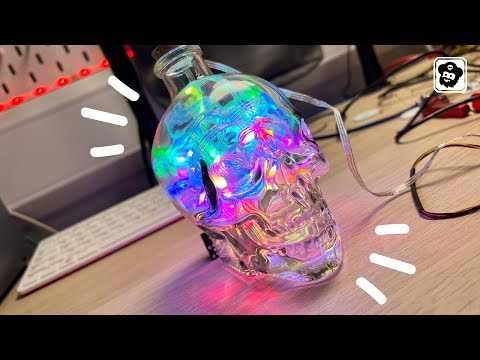