Driving around a tricked out horseshoe crab on wheels is fun, but if you want to add extra functions to your Trilobot, that's no problem. With a Raspberry Pi camera attached to the tidy built-in camera mount you can record yourself a robot's eye view, or even add some AI/machine learning into the mix. It comes with an ultrasonic distance sensor so it can stop itself from bumping into things but we've made it easy to add more - there's two connectors for plugging in breakouts with Qwiic or STEMMA QT connectors, and broken out headers for adding up to five sockets for Breakout Garden breakouts (requires soldering).

Please note this is the Trilobot Base Kit only, you'll need to add your own Raspberry Pi, SD card, camera and battery bank. If you buy the Trilobot Complete Kit those are included!

📷 Trilobot Base Kits shipped from February 2023 onwards include revised boards that are compatible with Raspberry Pi Camera Module v2 and 3 (both standard and wide angle versions). 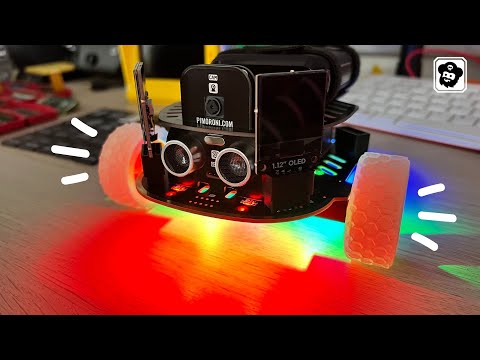