Raspberry Pi Pico W is Raspberry Pi's first wireless microcontroller board, designed especially for physical computing. Microcontrollers are a different type of device than Single Board Computers (like the Raspberry Pi 4 and previous generations of Pi), they don't run an operating system and they are typically programmed to do just one task - though that task can be pretty intricate and exciting! They're perfect for experimenting with hardware and using as the brains of custom devices, machines and inventions. With the onboard 2.4GHz wireless capabilities of the Pico W, it's now possible for your creations to talk to each other, and to the internet!

As standard, Raspberry Pi Pico W comes without header pins so you'll need to pick some up separately if you're planning on plugging your Pico into into a breadboard or one of our Pico add-ons. Alternatively, there's our oh-so-convenient pre-headered version which comes with downwards-pointing headers, soldered on by pirates. An official Pico WH (with pre-soldered headers) is coming soon.

Raspberry Pi Pico W has been designed to be a low cost yet flexible development platform for RP2040, with a 2.4GHz wireless interface and the following key features:

All documentation for the Raspberry Pi Pico W board and the RP2040 microcontroller can be found through the documentation landing page.

The API level Doxygen documentation for the Raspberry Pi Pico C/C++ SDK is available as a micro-site.

Pico Unicorn Pack View...
Turn your Pico into something else with a Base 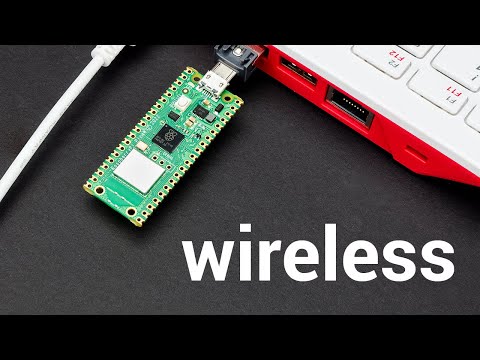